Hit enter to search or ESC to close

Annette, 55 years, was diagnosed to have severe degree of idiopathic subglottic stenosis. She used to get tired walking just a small distance. It was getting impossible for her to carry-on with daily day to day household work.

She underwent a single-stage cricotracheal resection. She now leads a normal life and loves hiking up the mountains and skiing. 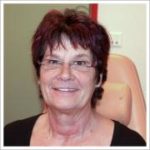 Malena had undergone an extensive thoracic surgery for a congenital lung malformation at 6 months of age. She had a tracheostomy immediately after the surgery, followed by development of severe grade of subglottic stenosis.

She underwent a cricotracheal resection with excision of 6 tracheal rings, the subglottis and the tracheostomy – all in a single operation.

The Weibel family seen 3 months later during the check endoscopy which showed complete healing of the operation site.

Here, we see Malena enjoying the snow with her elder sister two and half months after the surgery at the Lausanne University Hospital. 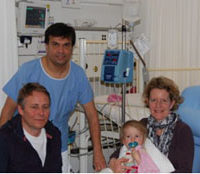 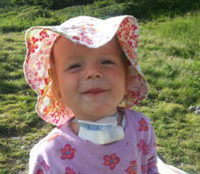 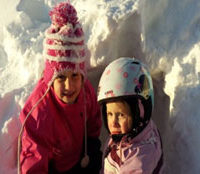 Matilde, a 2-year old girl was referred from Portugal to our institution. She is a case of Pierre Robin sequence and had a tracheostomy when she was 19 days old for severe grade IV subglottic stenosis. She acquired the airway stenosis following repeated intubations. Ever since, she had several episodes of hospitalizations for multi-resistant lung infections. She was referred to the CHUV for further treatment. When Matilde arrived at the CHUV – she had a tracheostomy and produced no voice. Matilde underwent a cricotracheal resection and now leads a normal life – without a tracheostomy, eats and drinks and plays normally and has a communicable voice.

Zacharria is a 3-year-old boy living in Helsinki, Finland. He was diagnosed to have a congenital bilateral vocal cord paralysis and had to depend on  a tracheostomy to breathe. In 2016, an operation at the University Hospital of Lausanne allowed him to remove the cannula and since then has been living without the tracheotomy. He now enjoys each moment of this new life with his little sister. 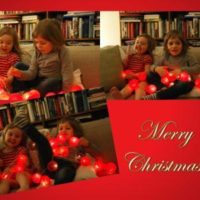 Benthe was born premature at 28 weeks with a birthweight of 750 grams. She received a tracheostomy at 3 months of age after repeated intubations caused severe stenosis (grade IV) and damage to the vocal cords, leaving her unable to breathe or speak.

At the age of 2 years, she underwent a 2-stage extended cricotracheal resection and anastomosis (EPCTR) including vocal cord correction. Further, she had minor endoscopic procedures and over a period of 6 months after removal of the trachea cannula, she whispered her first words!

Currently, she is a happy 3½ years old (picture) able to speak, eat, drink and play like any other healthy child of her age. 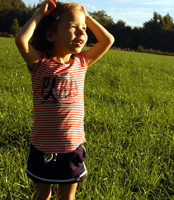 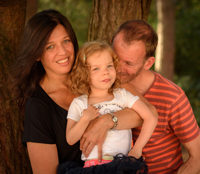 Aron suffered from feeding difficulties and severe inspiratory stridor. He was diagnosed to have severe laryngomalacia and underwent a laser treatment.

Here, he is seen 3 months after the surgery with his twin brother and parents. Today, he feeds well, has gained weight and has no breathing problems. 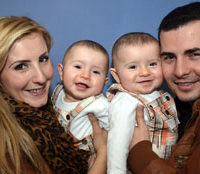 Leon is a 6-year-old boy from Slovenia who had tracheostomy in early months of his life.
He had a complex single lung condition and a long laryngotracheal cleft- meaning that the food pipe and the air pipe were one and not separated from each other.
He underwent surgery for his cleft in Lausanne and following its success, the tracheostomy was subsequently closed.
Here, we see Leon with his parents who had tears of joy in their eyes to see him without the cannula. The surgery completely changed their quality of life. 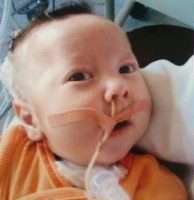 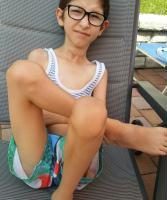 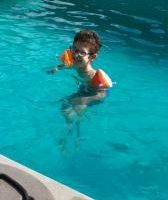 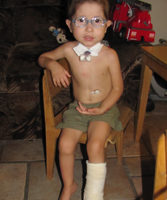 Tomasso lives in Italy and had to be intubated immediately after birth for severe prematurity. Unfortunately, his twin brother died some days after their birth. Prolonged endotracheal intubation caused severe multi-site laryngotracheal stenosis that required a tracheostomy. At the CHUV, he underwent an extended cricotracheal resection and following which, the tracheostomy was successfully removed 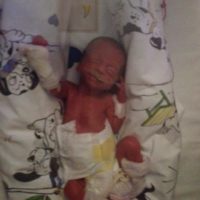 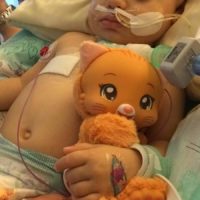 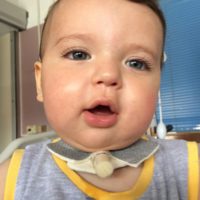 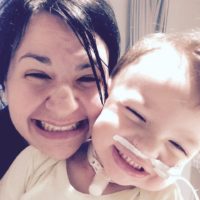 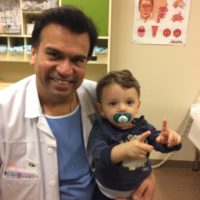 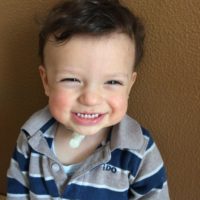